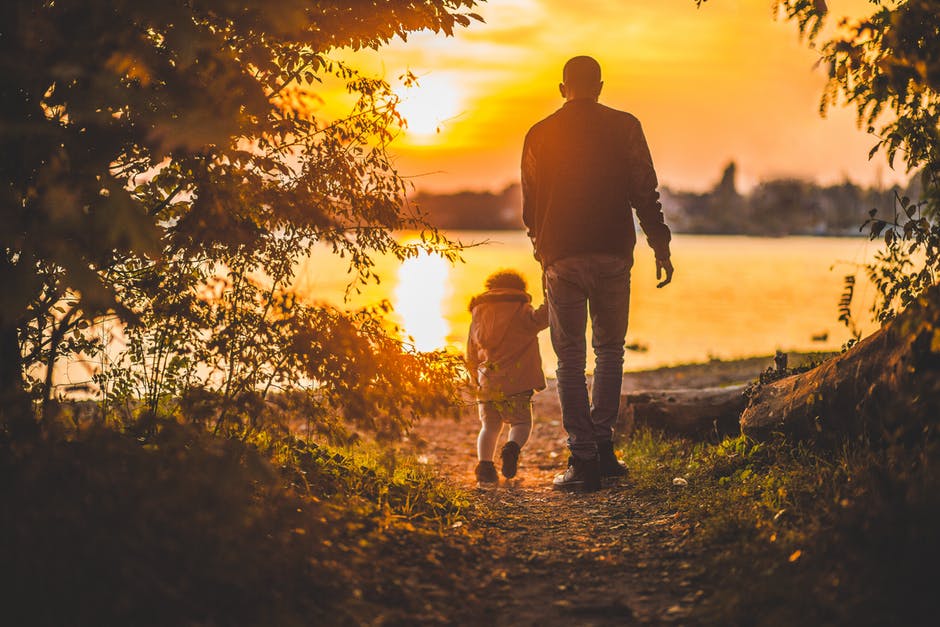 Isn’t it strange, that we only have a handful of memories as father and daughter, and a thousand more as friends? I am sitting here, staring at a blank word document, as I scribble these words in Calibri, because of course, writers write in Calibri and add an extra dollop of esoteric gravitas with it.

Perhaps it was time, perhaps fate, maybe it was sheer bad luck, whoever knows? But by the time you came home, I was already seventeen, a woman, a little chipped at the corners, but still standing.

Of the handful of memories I still have of us as being family, my favorites are fortunately still existing somewhere in the celluloid tapes inside a handy-cam cassette. I remember your years in Kosovo, how every three months you would send us a bunch of cassettes, then a privilege really, to own a handy-cam and a Whirlpool microwave, the latter still functioning in our dysfunctional family kitchen in a miraculous manner, and how Ma, my sister and I would sit, cooped up in front of the dilapidated television set, after cautiously connecting the wires of the two machines.

I remember your voice, still distant and unfamiliar, as if the voice of a guest we would often wait for, from a time when your appearance at home meant closed books, the utter rejection to study and eating the most delectable meals that Mom cooked, a time when it meant that the clock was not set at 10 PM sharp to go to sleep.

I remember how you had shown me the Parthenon for the first time through your eyes, how the statue of Athena resembled Durga, and how you were so desperate to show me the similarities with that tiny little video camera. I remember when you had visited the ice museum, and said that the father polar bear was embracing the child bear, just like you would often embrace me. And I had been young, so very young, that I had not realized your voice breaking a little, I had not realized you had been heartbroken, and I had only basked in the happiness, foolishly, of being the center of attention instead of my sister.

And then you came home, came home to your family, your visit did not beget a festival, a birthday, a grand celebration, because why celebrate the homecoming of family? Why, indeed. I was fifteen, the first time I had been so angry and disappointed at you. It had been a trivial reason, really. Something about you not being around on my birthday at a town where you were then posted. And I had been sad, a little distant, and unhappy even at times, cuddling mongrels in your bungalow, when you had sent the biggest rohu I had ever seen. A fish! A fish, because you knew I was really a kitten with mangy little claws and I could only be calmed by the tastiest fish in the river. I remember you coming home at 11:45 that night, just 15 minutes until Christmas would set in, and I had not noticed how exhausted you had been, as I finally decided to cut my birthday cake in your presence.

But one evening, somewhere between eighteen and nineteen, you had found me broken, crying, wallowing into depression little by little, and cried with me. And perhaps, on that evening between eighteen and nineteen, we became friends, as we crossed the threshold of being father and daughter. I remember the words you always say, that I am your God-gifted child, and most of the times, I do not wish to believe a single word of it, but sometimes, just sometimes, it feels good to be considered a hero instead of a sub-plot, doesn’t it?

I have had many heartbreaks ever since, I have cried buckets over failed love, failed happy endings, failed bliss and failed identities, and you had embraced me tight, not even wanting to put my broken pieces back together, and been broken with me.

I am not your ideal daughter, far from it. I am unpredictable, irrational, impulsive, too headstrong and stubborn for my own good, too lost in the grand narratives of life to actually concentrate on a single person in life, until you shake sense into me, before sanity leaves the building again.

I am glad, Dad. I am just glad to have you in this post-apocalyptic narrative that I am often forced to call my life. And I guess in my own way, I love you as much as you love me too.